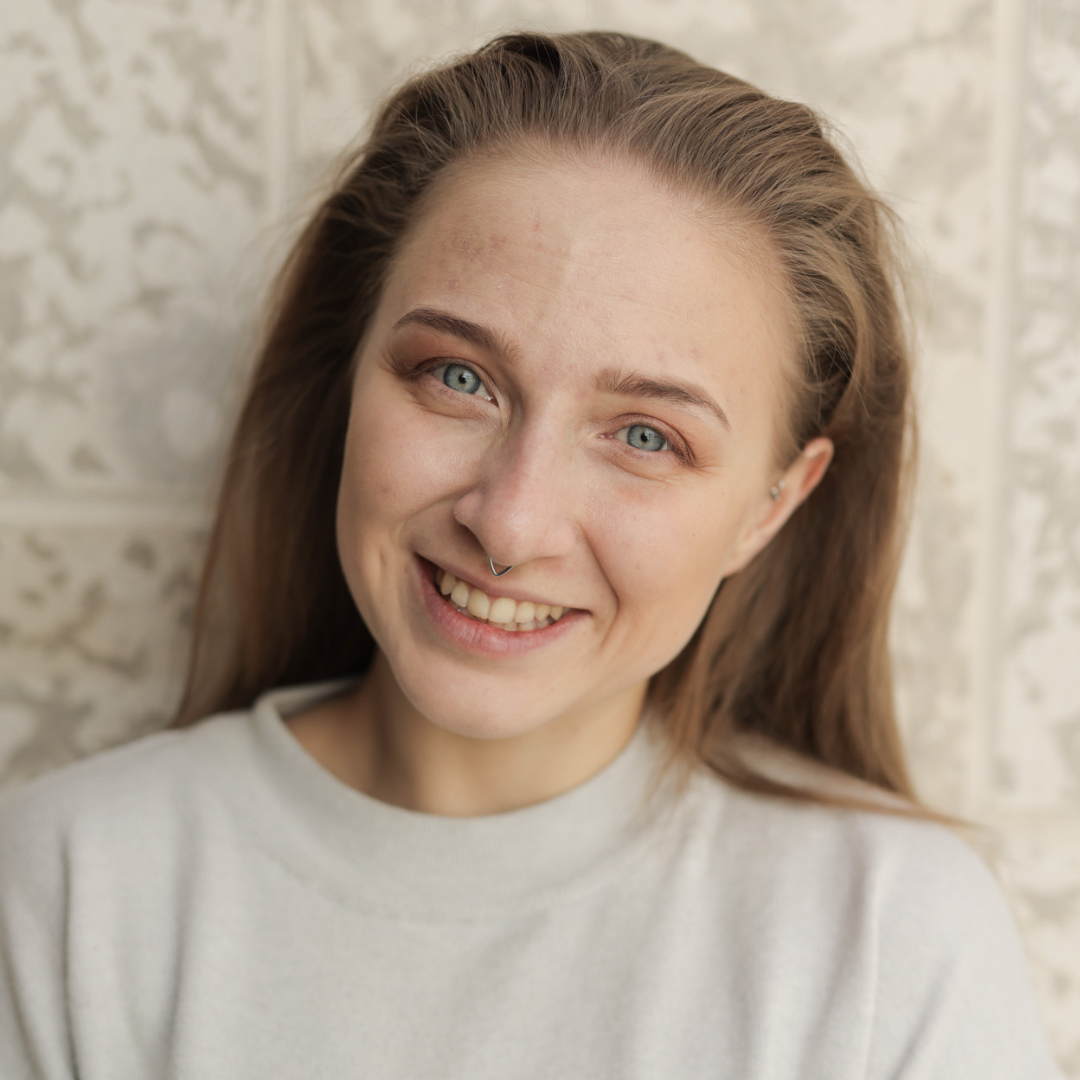 Anastasia Evsigneeva is a contemporary artist of Russian origin, dancer, and circus performer.  In 2019 Anastasia graduated from the Professional Program of the School of Contemporary Dancers in Winnipeg, with a BA Honors in Dance.

In the winter of 2019, Anastasia started the creation of the duet TANGLED with Anna Protsiou, which later developed into a short dance film TANGLED premiered at the first self-produced show Moving Roots: Reflections on June 3&4, 2022. In spring 2020 she contacted Robin Poitras in hopes to commission new work and/or to create a remix based on TANGLED. The proposal was met with a positive response from Robin Poitras and renowned indigenous visual artist Edward Poitras which resulted in an invitation to Anna and Anastasia to be mentored by Robin and Edward and to take part in New Dance Horizons’ (NDH) Artist in Residency Program for the 35th season. The mentorship has been going great and was extended through the 36th and the 37th (current) seasons at NDH. Learning from Robin and Edward has influenced Anastasia’s artistic vision, and helped her to learn more about creation, performance, production, and presenting processes.

Anastasia is excited to be in Screen Dance Mentorship Program with Young Lungs to work on her dance film project with the working title “Intro”.